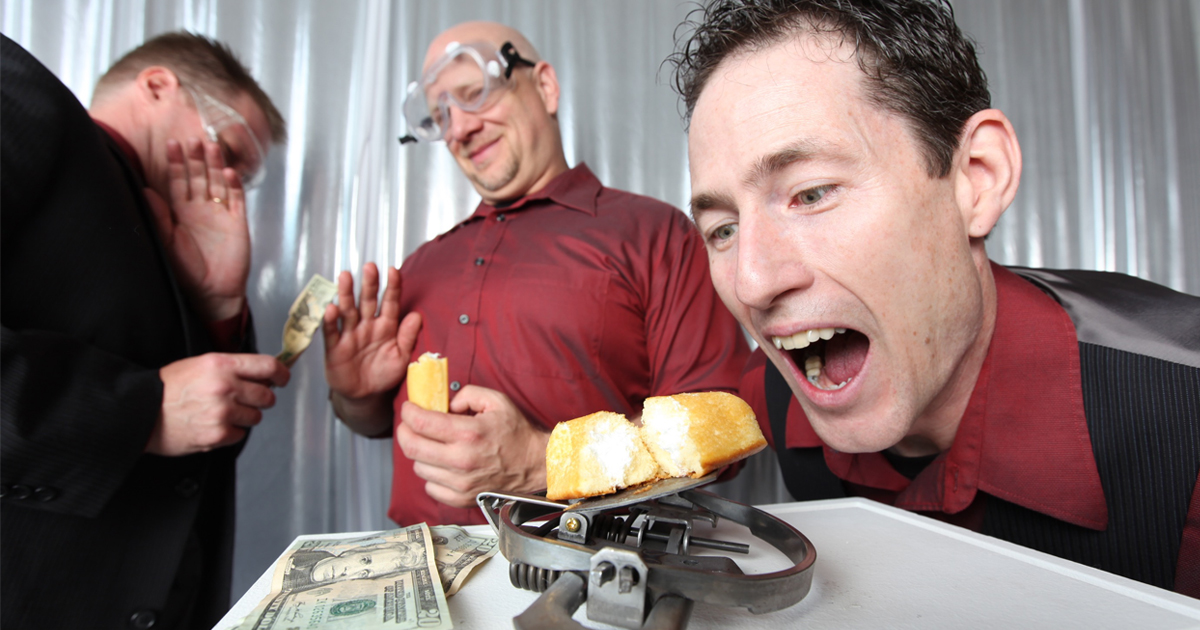 What do you get when you combine two world champion combat jugglers and a man described as being possibly the best knife-thrower to ever live? You get The Danger Committee.

Mick Lunzer, a dyslexic juggler who still sometimes has trouble telling his left from his right, got his start with co-star Jason LeMay in a juggling-only group known as the Dew Drop Jugglers. The duo alone has enough juggling trophies to burst any display case, but when comedy writer and knife-thrower Caleb “Reynaldo” McEwen replaced a member of the juggling gang, a name change was in order. Fresh off a kick of improv classes and comedy, they decided to take the “Yes, and…” philosophy to the extreme and form The Danger Committee. 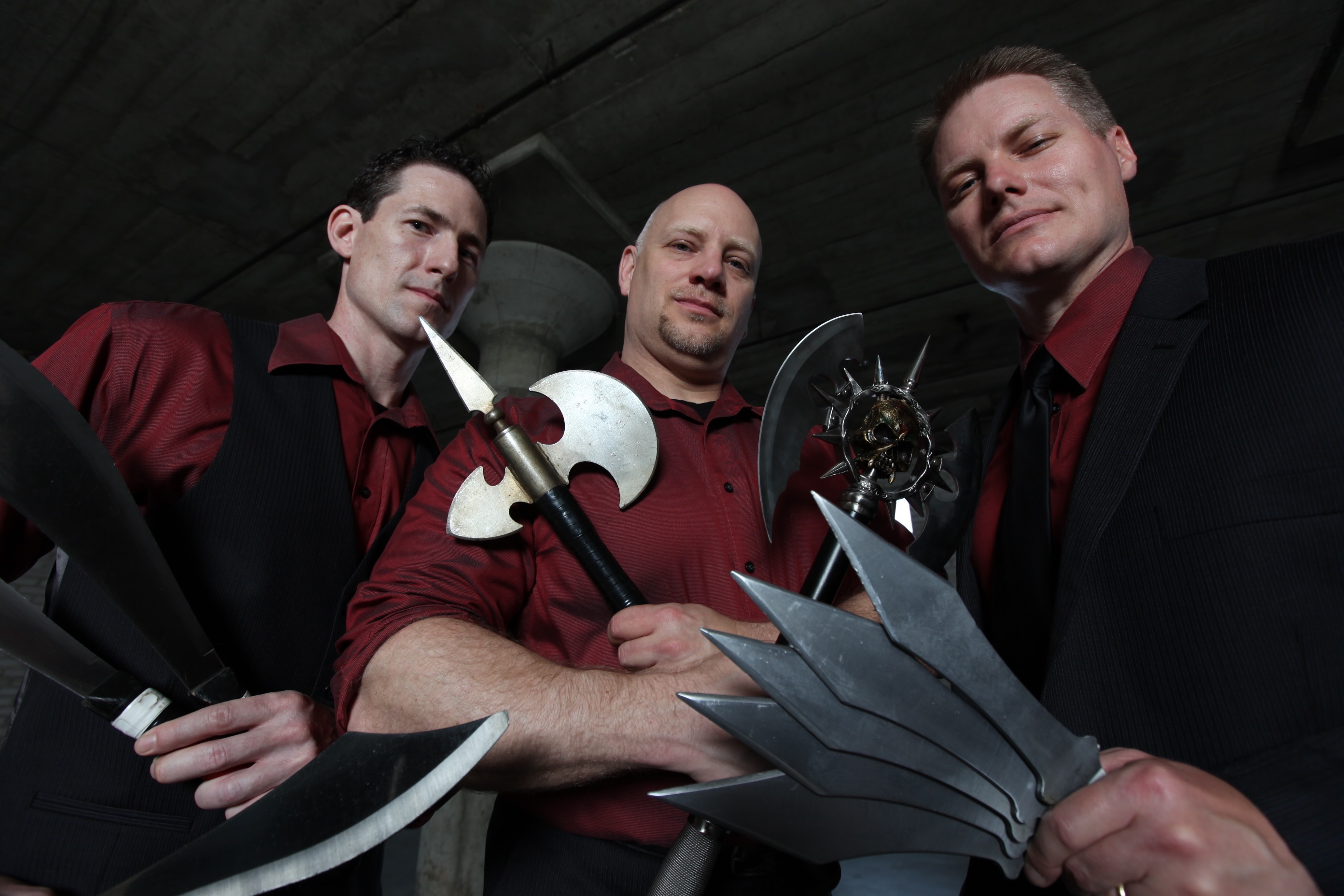 If you’re unfamiliar with the improv term, “Yes, and…” refers to the concept that you don’t say “no” to whatever another improv performer says. Instead, you add to whatever they say—no matter how outlandish. For The Danger Committee, that means they’re always daring each other to do extremely absurd and perilous things. They call their version “Escalating Stupidity.”

If you’re going to juggle, why not do it with stun guns? Surely 500,000 volts are enough? Why settle for low voltage stun guns when the whole point is the danger? The Committee opts for 2-million volt stun guns instead. Likewise, why cut a cucumber in someone’s hand with a knife throw when you can cut a Cheeto instead? The Danger Committee is always looking for some way to add fire, balance, electricity, and danger of any kind to their performance.

The Turbine of Death

According to Lunzer, this addiction to danger is the result of boredom. “We really don’t practice anymore,” he told us, “it just gets boring.” After juggling and knife-throwing for 30 years, the group started feeling the drudgery of juggling pins and throwing daggers at people. These performers use the danger to energize themselves, and it forces them to pay attention. You might see them with a few band-aids and bruises, but their typical injuries now come more often from moving equipment than juggling fire.

While the group is sure to keep their skills sharp, many of the stunts they perform on-stage are their first attempts. Sure, McEwen is confident he can slice a Cheeto out of someone’s hand, and sure, LeMay is confident he can balance on a board and ball while holding a Cheeto perfectly still, but they really don’t know until they do it live on stage.

Despite being daredevils supreme, the gang does say that sometimes the tricks unbelievable to them, aren’t so unbelievable to the audience. McEwen, for instance, can flick a piece of popcorn out of a person’s fingers with a bullwhip, but when people see it, they refuse to believe he actually did it. Lunzer’s reactions are so fast that he can catch a knife thrown at him before it even hits the board. But, again, audiences don’t always believe it. “They think there’s a trick or that we faked it,” Lunzer says, “so sometimes we scale our performance back.”

Putting on a performance limited only by human belief—the very essence of Believe It or Not! performed—The Danger Committee is joining Ripley’s Believe It or Not! Carnival of Curi-Oddities to dazzle audiences with feats of skill and daredevilry in Asbury Park, New Jersey. From far-fetched feats to biological marvels, this collection of awe-inspiring curi-oddities will spark your imagination, ignite your curiosity, and showcase the truly unbelievable but undeniably true.